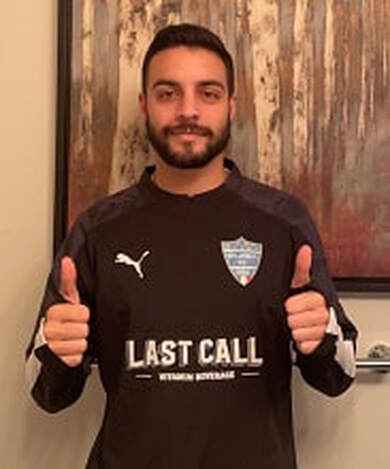 To the Columbus Family,

These words cannot describe the feeling and gratitude I have for the people of this amazing club. 11 days into the biggest challenge/ experience of my life I was dealt a huge blow and immediately felt like I had hit rock bottom. I was ready to pack it all up and head home until I quickly realised that the environment I had discovered and chosen from 13,000 kms away was filled with  some of the most amazing, welcoming, and caring people I had ever met. To all the boys in the team, to Frank Valente, Silvia Scaccia & Dario Longo, the Columbus FC commitee members, and the extended Columbus family, I am truly grateful for everything you have done for me and saving this trip from total disaster. Thank you to everyone for your generosity and support on my road to recovery.
This is a one of a kind and a truly amazing place to be a part of. I will be back on the field as soon as possible! 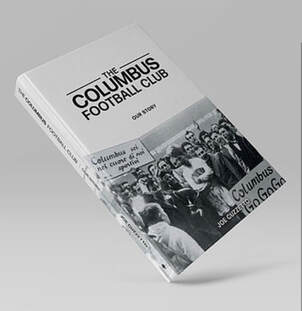 Columbus FC Alumni Joe Cuzetto authors a personal and historical depiction of the Columbus Football Club. Including photos, articles and stories, this hardcover unravels the significant impact made on Canadian soccer, allowing you to relive the memories of years past.

“The book is both a personal and historical depiction of the Columbus Football Club since its inception. With over 200 pages including many photos, articles and stories, this hardcover coffee table book simply tells the story of how this East Vancouver club, first inspired the Italian immigrants of the 1950s and 60s and goes on to unravel the significant impact made on Canadian soccer.
Having won numerous provincial and national championships, the strong influence of the Columbus Alumni continues today to play a pivotal role at both the national and international stage. My hope is that this story allows you to relive the memories of years past.” 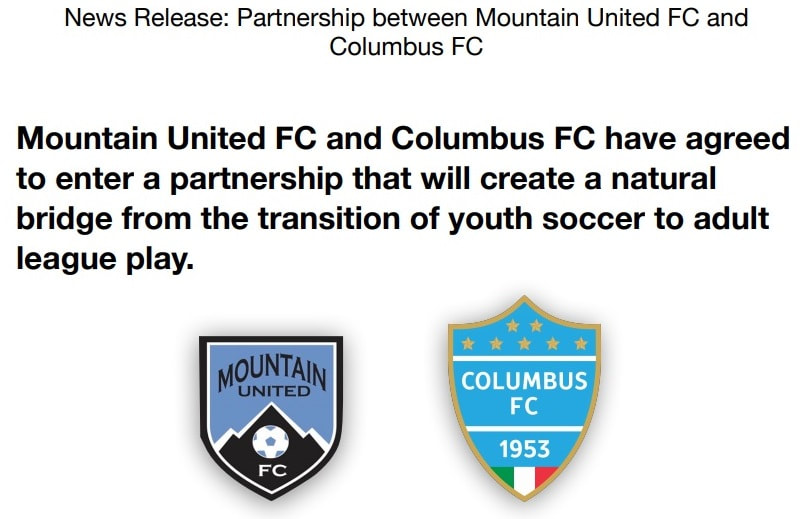 Columbus is rich in tradition (est. 1953), history, success, and was inducted into the Canadian Soccer Hall of Fame in 2013, we are honoured to be partnered with such a club and look forward to working with them on player opportunities and strategic initiatives for the benefit of both clubs”.

Monday, May 9, 2021 - President of Columbus FC, Peter Battistin comments on the recent partnership between the two clubs:
“Columbus FC is proud to announce its recent partnership with Mountain United FC as a pathway for young male and female players transitioning from youth soccer to adult play.

Columbus, rich in tradition and a storied club since 1953, has been offering excellence in adult soccer to many lower mainland athletes over the years. Mountain United FC is a well-respected club in the province and has been synonymous with developing young athletes into excellent soccer players since its inception in 2011.

This partnership will offer the graduating young players of Mountain United FC an avenue to pursue adult soccer at an elite level that will continue to enrich their development and the overall success of Columbus FC. Columbus is excited for the future as we embark on creating history along with Mountain United FC on and off the field.”